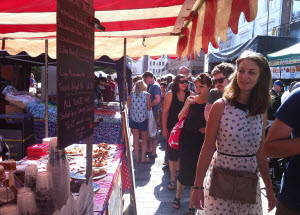 There are a veritable abundance of food festivals popping up throughout the UK each and every year. While some celebrate local produce, others are themed around a particular style or flavour. In short, there really is something for everyone.

It doesn’t matter if you’re down in the West Country or up in the Highlands of Scotland, wherever you are there’s a fair chance that something will be going on locally this year. Indeed, it is almost a shame that we can only feature four such food events here today as there are literally dozens on offer, each with their own unique quirk.

So here are the big four, in no particular order it has to be said, handpicked from that vast array happening around these fair isles. By the way, if you are attending a festival this year or would like to recommend one, please leave a comment on our Facebook page.

When most of us think of Caerphilly, cheese is often one of the first things that spring to mind. The town has become synonymous with a rich, white, crumbly variety that shares the same name, and so it seems only fitting that it should play host to an annual festival called ‘the Big Cheese’.

Far more than simply being about a single variety, or even just one type of food, the Big Cheese is a colourful carnival that engulfs this beautiful town once a year. There are all kinds of events and activities going on, many of which have absolutely nothing to do with cheese. However, if you are a food lover, you won’t be left disappointed.

It attracts over 80,000 visitors each year and it’s completely free. If you’re in South Wales on the weekend of July 26th, why not head on down? You might even be able to enter the Great Cheese Race. 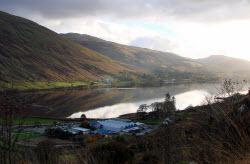 The west coast of Scotland is synonymous with fantastic seafood. Whether from the sea or the many lochs and rivers, there is an abundance fish, shellfish and molluscs on offer. This is celebrated on a daily basis in restaurants around the country as well as major events – including the Loch Fyne Food Festival.

Taking place in the tiny village of Cairndow at the head of the eponymous loch, this annual festival showcases the very best of this locally sourced produce. Along with various demonstrations and attractions, visitors can try an array of seafood as well as other Scottish delicacies at one of the smaller, off the beaten track events in the foodie calendar.

This year it all kicks off on May 18th and admission is totally free; so why not head down to sample the oysters or try the locally produced smoked salmon.

If big, bold barbecue tastes are more your thing, then Grillstock is the place to go. It’s an entire festival dedicated to all things BBQ. So as well as enjoying succulent smoked meats, you can sit back and take in one of the many musical acts performing on the main stage or watch a demonstration or two perhaps.

This year there are two events, with the first taking place in Bristol and the second in Manchester. So if you can’t get to one, you may well be able to reach the other. Of course if you don’t love mouth-watering brisket, pulled pork with BBQ sauce or slow cooked lamb shoulders, this may not be the event for you. However, if that sounds right up your street, you might want to think about booking your tickets now – they won’t hang around for long. 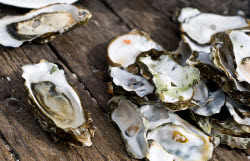 The Galway International Seafood and Oyster Festival pretty much does exactly what it says on the tin. Although, even if oysters really aren’t your thing, there are still plenty of activities and events to enjoy at this annual festival.

Every year the Irish city of Galway comes to a grinding halt as tens of thousands of revellers descend on it for the seafood and oyster festival. It’s a massive celebration of locally sourced produce, encompassing an array of live events, shows and other things to see and do.

It really is quite a spectacle and demands a visit from any seafood lover at least once in their lifetime. It gets underway on 27th of September this year and runs throughout the weekend. Tickets are on sale now, so you might want to get in so you don’t miss out on the craic.

As mentioned though, there are dozens of events – big and small – happening throughout the country. So if you have a particular favourite, are involved in organising one locally or have always wanted to go to an event somewhere in the world, let us know.