Microwaves have been whirring away in kitchens for almost half a century now. Using electrical waves to heat food, it is often seen as a quicker and more convenient alternative to a standard oven. However, due to their unique design and functionality, there are a few things that the home cook should avoid putting in their microwave – unless of course you want a big sticky mess, or your own indoor fireworks display.

Common sense will often dictate what should and should not be placed in a device that uses electromagnetic radiation; however, that isn’t to say that accidents can’t happen. So here’s a quick rundown of 6 of the most dangerous, combustible and explosive items that shouldn’t go anywhere near a microwave.

It’s a reasonably well-known fact that metal conducts electricity; actually it’s probably the first thing that you’re taught in physics. Unsurprisingly then, it’s not generally a good idea to put any metal objects in a microwave. This includes cutlery and, more pertinently, tin foil.

The issue with foil is that it is commonly used to cover leftovers and other food. Therefore it can be easy to just put a plate in the microwave, push the button and forget all about it. Unfortunately, you are likely to receive a swift reminder when the sparks start to fly and smoke comes billowing out.

The microwaves hitting the foil creates bright sparks, which can cause fires and a whole range of related issues. In short, don’t try this at home.

Most would probably think that they’re safe to boil a little water in the microwave, right? Wrong!

When you boil a kettle or simmer water on the stove, it reaches 100 degrees and bubbles away to indicate exactly how hot it is. If you were to do the same in the microwave, then something quite different happens.

Firstly, there are no bubbles or steam, creating the illusion that it has not fully come to the boil. Despite this, the water actually heats beyond boiling point, continuing to get hotter even when the microwave has shut down (these are known as superheated liquids). This can create huge pressure, which often results in the glass or mug shattering – potentially causing burns and other nasty injuries. If you were to put a spoon or any other item in the cup, this releases the pressure, exploding in a flurry of violent bubbles, which is equally hazardous.

So stick with your kettle and don’t put water in a microwave. Hundreds of people are scalded or suffer other injuries as a result of boiling water each year, so be careful and don’t add your name to the list of unfortunate folk. You have been warned. 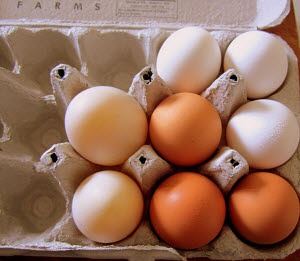 This is possibly a more obvious example. While it’s fine to open up an egg to create scramble, putting one in whole can be rather messy.

Much like the aforementioned water issue, a whole egg will boil inside, creating huge pressure on the relatively weak outer shell. As a result, it will reach an inevitable point at which something has to give – often with explosive results.

If you want any further evidence of the risk, just ask Scottish footballer Kirk Broadfoot. The hapless full-back decided to poach a couple of eggs in the microwave (successfully combing boiling water and eggs); unfortunately, when he got a little closer to inspect his meal, the egg exploded in his face. This caused serious facial burns, and ensured that he would join the growing list of footballers who have been sidelined by embarrassing injuries.

Anything Electrical or with a Battery

Now this really should be self-explanatory. If you drop your new smartphone in a puddle, or you spill water on your tablet, you shouldn’t attempt to dry it off in the microwave. Funnily enough, the electromagnetic waves don’t always play nicely with batteries or componentry.

Indeed this was part of a recent hoax, in which the owner of a Samsung Galaxy S3 claimed that their mobile phone had instantly combusted for no apparent reason. Understandably, this caused a fair amount of panic and consternation amongst consumers – that was until tests revealed that it had in fact been microwaved.

So there’s a good lesson for anyone, don’t put your new phone or indeed used batteries in a microwave. It’s likely to end up in a sticky, toxic mess.

Anything with a Pulse

We’ve all heard the urban myth about the little old lady who decided to microwave her wet cat to dry it off. Well, as a morality tale of sorts, there is certainly a lot to be learned from this rather grim tale. As we all know, microwaves are designed to cook things from the inside out; great for frozen meals, not so good for anything that still has a pulse.

It would certainly have dire consequences, even in a short period of time. Remember, a microwave uses radiation and electricity to cook food; in the most part, we tend to look to avoid direct contact with either – and with good reason too.

You wouldn’t put your antique plates in a normal oven when it’s fully heated, so why put them in a microwave? It’s important to check that any container, plate or bowl that you use to heat your food on is microwave-friendly before hitting that switch. After all, it can lead to blistering, discolouration or even, in the case of some plastics, full meltdown.

Sure microwaves may be versatile, but your finest china probably isn’t – so keep the two separated.

There are plenty of other examples, so if you’ve had a microwave meltdown or know of a person that knows a person who has, be sure to share it on our Facebook page. In the meantime, stay safe and don’t try this at home.