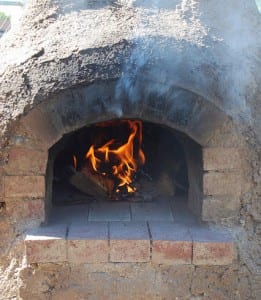 Ovens come in all shapes and sizes. Some have a specific purpose, like cooking pizzas or smoking fish, others have a broader functionality.

Most of us have been fortunate enough to grow up in a world where a basic gas or electric oven is commonplace in most homes. They might not be glamorous or technically elaborate appliances, but they have a purpose to serve – one which they generally perform rather well.

However, in some cultures, this is far from the accepted norm. Whether due to energy limitations, financial restrictions or maintaining long-established traditions, methods for cooking food differ hugely as you travel around the world. So what else do people around the world use in the preparation of meals?

As the name suggests, these ingenious, yet devastatingly simple ovens use the power of the sun to generate temperatures capable of preparing meals. This makes them particularly popular in areas where solid fuels (wood particularly) electricity or gas is in short supply, but sun and natural heat are abundant.

While they may be basic, particularly in comparison to the very latest models, solar cookers offer a lifeline to families around the world. Of course this simplicity also means that they are remarkably cheap to buy and cheap to run. Indeed, the lack of any fuel ensures that they help to save the environment.

So, if you can live without pinpoint accurate temperature readings and variable cooking times, the solar cooker is a great appliance. Invariably, most are purchased out of environmental or financial limitations; however it’s still an oven with a genuine purpose to serve. It may not be flash, but it gets the job done in places where others may not.

Often sculpted out of clay or compacted soil, earth ovens have been used in many cultures for centuries. Indeed, today they are experiencing something of a renaissance, with homeowners seeking to have a rustic oven built in their yards or garden.

Again, there’s nothing particularly complicated about their design, materials or technology, but that doesn’t stop them from continuing to offer exceptional functionality. I’m not sure many of the good folks at Ovenu would particularly enjoy having to scrub an earth oven clean, but then again it’s not something that most owners need to think about.

By and large, earth ovens use solid fuels. Mostly wood, but occasionally coal, both of which create a fair amount of carbon as well as serious temperatures. As with a barbeque, you can moderate the heat by allowing or denying oxygen to enter the oven. For meals that are designed to be cooked slowly, the user simply needs to wait until the fire dies down and use the residual heat of the enclosed space to warm through the food.

It may not be the most practical oven to prepare dinner with after a busy day at work; but if you’ve got time on your hands, a little experience and plenty of people to feed earth ovens still have a role to play. They are all about simplicity, indeed many are handmade and can last for decades. 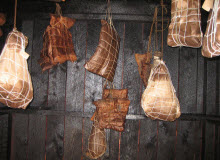 If you’ve ever enjoyed smoked salmon, mackerel or any other form of smoked meat, then you might be wondering how that distinctive flavour is created. Well, as you might expect, it’s not achieved in 20-22 minutes on gas mark 4, turning midway through. The smoking of meats is a centuries old tradition; one which hasn’t been tampered with or modernised particularly.

Now there are two ways of preparing the food. The first is to simply smoke it, uncooked and unprepared. Using this method, you simply hang the meat or fish over smouldering wood chips. The choice of wood can impact the taste, which is why you’ll often see this distinction on food packaging. Also, it’s important that dry chips are used initially, with fresher “green” wood added to maintain the smoke for longer during the process.

The second option is to cook it first, before smoking. Understandably, this is done extremely slowly and involves a remarkably similar process, with the only difference being the addition of a little heat. This process alone can take up to a day to complete, allowing the meat to cook through and the flavours of the smoke to infuse fully.

Smoking houses are rarely state of the art and most have some serious age to them. More often than not it is all done in a single room, with multiple racks over a pit, on which the fish, poultry or game can be hung. Ventilation is often kept to a minimum, ensuring that the smoke doesn’t escape and allowing the room to fill with the aroma. It’s a technique that was designed to ensure that meat lasted, meaning that many smoke houses are built in remote locations or near fishing ports. Nowadays, we just love the taste.

Some barbecues and grills are now incorporating smoked sections, for slow cooking. It’s also easy to create your own, albeit on a smaller scale. So if you’re just doing a few fish or a slab of meat and you have a day or so spare, then there’s nothing to stop you. Plus, it saves dirtying your own oven and smoking out the entire house.

If you know of any others or have possibly used an unusual type of oven, let us know. As always, please feel free to share your thoughts on our Facebook page.