The Association of Approved Oven Cleaners. 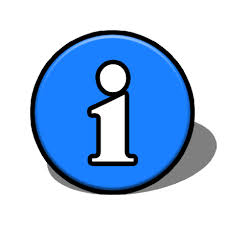 We regularly get asked questions pertaining to the above so, to be as helpful as we can, we’ve put together some information and answers below. We hope you’ll find them useful. A clarification …

We should start however by stating categorically that we’re writing this article and putting it into the public domain so that we, and our network of franchisees, can point folk in the direction of this article thus saving a lot of time in the modern, electronic world that abounds us!

The Association of Approved Oven Cleaners is a Limited Company and that’s absolutely fine. In the UK, Limited Companies can be set up and run using whatever name they choose … within reason of course!

And there’s nothing wrong with a Limited Company director also running another business in the same or similar industry sector.

However, a question that we’re regularly asked is “Who are these people approved by?” This question is often followed by “Why aren’t Ovenu members of the Association?”

Now these are both good questions so let’s see if we can help here by answering them one at a time.

The question of who approves whom is tricky to answer with 100% conviction as those wishing to be trained by the Association themselves can’t actually do so. Instead, training has to be undertaken by an existing member. The existing member charges for this provision to the best of our knowledge.

Following training by A.N.Other (who will before training, have vetted the candidate), an application is made by the newly trained person or entity to join the Association and, on acceptance; a fee is then payable to the Association along with a monthly, on-going fee.

This again is perfectly fine and dandy but it doesn’t really explain who is approving whom. Generally speaking an ‘Approval’ is some form of ratification by an external and truly independent body.

In the motoring world, for example, an Approved MOT testing facility is ratified by the Ministry of Transport. Numerous Trading Standards Offices ratify traders under their Approved Local Trader Schemes following an independent validation process.

At Ovenu we proudly display our ISO 9001:2008 credentials. ISO being an internationally recognised standard and one which requires an annual re-accreditation; a genuine ‘Approval’ if you will.

So the apparent answer to the original question is probably ‘nobody’ if the true definition of ‘approved’ is applied. True definition in context being ‘established by authority; given authoritative approval’.

Perhaps a change to just ‘The Association of Oven Cleaners’ might be more appropriate and maybe less contentious?

So we move to the next question of “Why aren’t Ovenu members?” … a much easier question to answer albeit in two parts!

a)      As we train our own franchisees using standards & procedures laid down under our international ISO standard, we have no need to join, plus

b)      The Association of Approved Oven Cleaners condones the use of caustic materials in their Members’ vehicles. At Ovenu we’ve established our reputation over the last 20 years by not using any caustic based products either inside our client’s homes OR outside in our vehicles.

So there we have it – explained to the best of our ability and we hope you find this article beneficial.