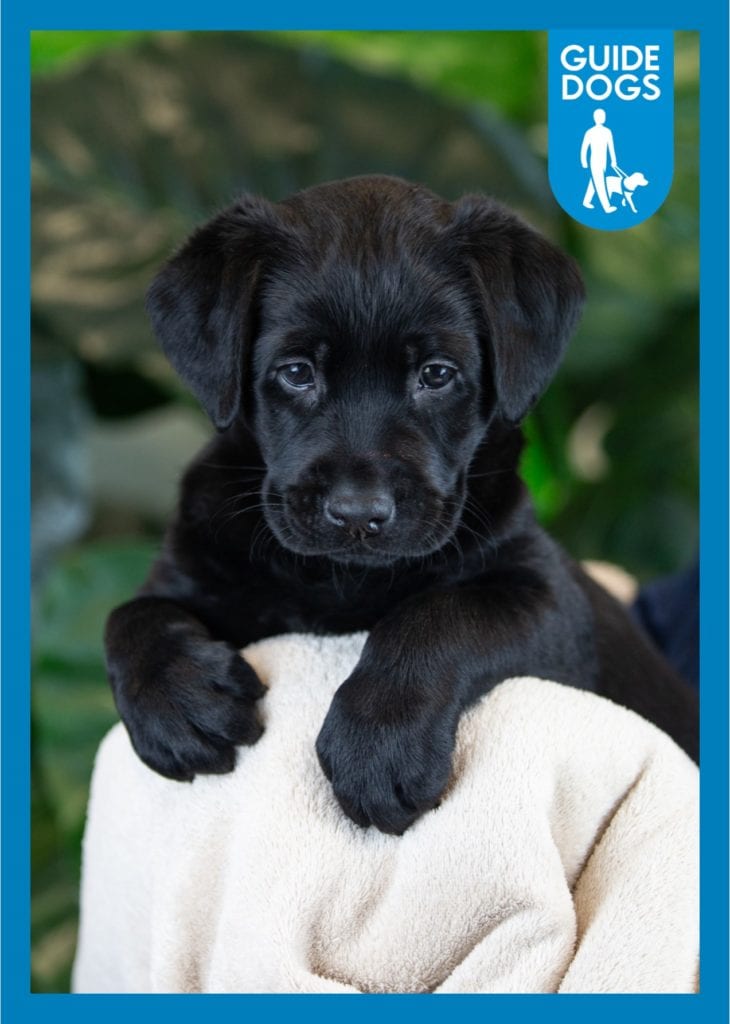 Our oven valeting franchise Ovenu is supporting the Guide Dogs charity by gifting it £10,000 to sponsor and name a puppy.

More than 100 of our franchisees across the UK have contributed to the initiative, together with staff at the company’s Wokingham headquarters, over the past couple of years.

In addition, Ovenu founder and managing director Rik Hellewell, has pledged that the franchise will donate a further £5,000 to Guide Dogs over the next year or so to fund its upkeep and training.

The black Labrador puppy has been named Selsey and was recently placed with her puppy walker to begin her guide dog training.

Rik said: “Our franchisees have been reporting brisk business as more people are staying at home and are spending more time cooking and baking – so their services are in demand.

“We have also recruited 11 new franchisees and four sub-contractors over the past few months, establishing new territories or replacing previous franchisees who have retired.

“I have confidence in the product and the business model and believe the arrival of the vaccines signal that better times lies ahead.

“We know charities’ incomes have been hit hard by the pandemic and everyone at Ovenu wanted to do something positive to make a difference.”

Rik suggested Guide Dogs and its puppy sponsorship scheme, naming the ball of fluff Selsey – in tribute to his late father-in-law who had strong ties to the seaside town.

He added: “My love and support for the Guide Dogs dates to my late teens, when I worked in a pub opposite the charity’s then headquarters in Wokingham. I used to see a lot of the handlers and trainers with the dogs, and sometimes they brought them into the pub to familiarise them with groups of people and the noise.

“Everyone here at Ovenu is eager to see Selsey progress and look forward to the moment she is able to transform someone’s life.”

Victoria Noyce-Guthrie of Guide Dogs said: “We rely on donations and this kind support will allow us to make a life changing difference to someone with sight loss by providing a guide dog.

“We hope that during these difficult times the news of Selsey being born and the pupdates about her training journey will be something positive that Ovenu and its clients throughout the UK can look forward to.”

Giving page where people can make their own donations here.