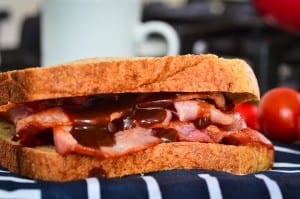 When it comes to cuisine, we are spoilt for choice in the UK. Restaurants, pubs and supermarkets continue to serve up an eclectic mixture of appetising tastes using various aromas inspired by world flavours.

The choice is endless; whatever mood you’re in, from Japanese sushi to Thai jungle curry, Italian antipasti to Sloppy Joe pizza, Britain is blessed with a range of flavours and choices to tempt any palate.

But when it comes to traditional British cuisine, there is plenty to shout about and a host of dishes to celebrate too.

We have compiled our top British foods and drinks and are giving you the chance to vote and see which will be crowned the winner. It’s time to celebrate the very best of British food and vote for your favourite national tasty treasure.

You can’t beat a traditional British roast dinner, and this dish continues to be popular on Sundays in many households, pubs and restaurants across the nation.

There is even an annual British Roast Dinner Week competition, which encourages UK pubs to enter into a bid to find the UK’s best roast dinner.

Whether you’re a fan of roast beef with Yorkshire pudding, chicken and stuffing, pork with apple sauce or the tasty fusion of lamb and mint sauce, a roast dinner with all the trimmings continues to be a culinary hit for many Brits.

Roasts are popular any day of the week, but is this delicious dish top of your list when it comes to your favourite British meal?

Yes, the great brown-sauce-or-tomato-ketchup debate continues, but the bacon butty is a British classic enjoyed by many a sandwich lover.

People around the country love to sink their teeth into a tasty bacon butty, either with or without butter.

A perfect choice when teamed up with a cup of tea, this popular snack is often a hit at breakfast time, but is enjoyed at lunch and dinnertime too.

Whether they prefer thick white or wholemeal sliced bread and smoked or unsmoked bacon, this British culinary classic is guaranteed to get food lovers salivating.

But does a delicious bacon sarnie come top on your list?

Everything feels better after a cup of tea, right?

A good old brew is something that is enjoyed in many households across the nation.

Whether you’re a fan of no sugar or love nothing more than sipping away at a builder’s brew, a cup of tea is a traditional British beverage and known to help cope with all kinds of dilemmas.

A cup of char may do a good job at quenching your thirst but is a comforting cuppa deserving of your vote?

In need of something hearty to start your day? Look no further than a delicious full English breakfast.

There are many variations of this traditional classic depending on the region. Fried bread or toast, hash brown or sliced potatoes, scrambled or fried egg? Whatever combination is chosen, a fry-up is a popular start to the day and loved by many Brits at breakfast time.

Does the classic full English win your vote for the best British dish?

We’ve all been salivating watching spectators tuck into strawberries and cream at Wimbledon this year.

A real match made in heaven, strawberries and cream are a true British classic, a popular dish at summer gatherings and a welcome addition to any picnic.

But would strawberries and cream be your pick of the bunch when it comes to celebrating traditional British cuisine?

Tasty flaky pastry teamed up with delicious meat, fluffy mashed potato and gravy: a classic pie and mash is a winning combination and a favourite when it comes to traditional British pub grub.

Whether you opt for chicken and ham, steak and kidney or ham and mushroom, no pub menu is complete without a delicious home-cooked pie on offer.

Is a delicious pie a worthy winner of the crown of ultimate classic British dish? Cast your vote and see if this tasty treat will be victorious.

So there you have it: just a small selection of some of the most popular British food and drink served up across the nation daily. But which one wins your vote?

Whether you are a fan of fried bread or prefer to cuddle up with a cuppa, there is plenty to celebrate when it comes to British classics.

Don’t forget to cast your vote in the poll below and see which food or drink will be victorious and crowned the winner of the ultimate British food.

Create your own user feedback survey