How Often Should You Clean Your Oven? 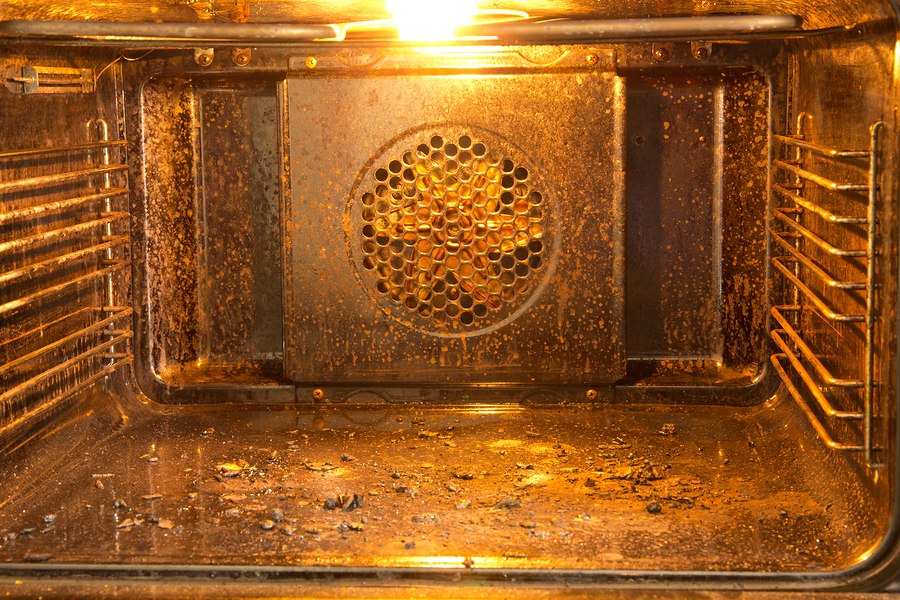 Ovens accumulate grease, spilt foods and food particles, it’s an inevitability. However, the amount of food spillage and grease that’s accumulated really depends on the individuals using the oven, what they’re cooking and how often they use the oven. This makes putting a time frame on cleaning your oven quite difficult, because some ovens may be used more frequently than others, whilst different foods are used as well.

When should you clean your oven?

Your oven should be cleaned every 12 weeks or whenever you notice stains of burnt-on food or smoke. You should clean your oven the more you use it. Plan on cleaning your oven every two weeks if the oven is constantly being used to cook large family dinners as spilled food and odors mean you need to clean your oven more often. Self-cleaning ovens still require regular cleaning as the racks still require cleaning.

How can I keep my oven clean?

The best way to prevent grease and food building up is to give the oven a quick wipe and a clean after each time you use the oven. For example, if you’ve been frying and you can see fat and grease on the hobs, it’s best to give them a wipe down after usage. The same can be said when cooking inside the oven itself. However, the problem with this philosophy is that not everyone has the time to clean the inside of their oven, whilst fat and grease spills are not always visible.

It’s definitely wise to remove and food spillages as often as possible from the insides of ovens. When foods have spilt and are left inside, this can cause unnecessary smoking which will not only set off your fire alarm, but the smell can permeate into rooms, and even ruin the food that you’re cooking in the first place.

Should I clean my oven after each use?

It’s unrealistic for an oven to be cleaned every time after usage, and so many of us allow for dirt and grime to build up before we attempt to do something about it. However, in some cases, it may be a year or even two years before the cleaning products are purchased and used to tackle the grime that has built up. This really shouldn’t be the case, because dirty ovens are inefficient ovens, it’s unhygienic and the smell can often destroy any nice smelling home.

Also, think about the times when you’re entertaining guests or have family round for holiday periods. Would you feel embarrassed if guests came round and you opened the oven door to reveal a stench that could seep into your home? It’s advisable to clean your oven as often as possible, not only for aesthetics but for hygiene reasons as well as for efficient and effective cooking.

Related: Ultimate Guide on How to Clean Your Oven

Get in touch with us today for a free quote.