Coffee lover? Today is your day! 29th September is the one day a year that you don’t have to justify your caffeine intake whilst at the office or at home – you can overindulge on as much coffee as you like. But how much would you pay for a cup of coffee? Take a look at these… 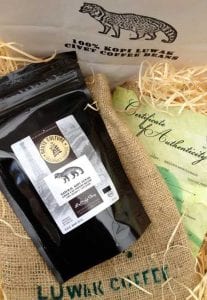 Luwak Coffee, also commonly referred to as civet coffee, deserves the number one spot on this list of the top ten most expensive coffee in the world, not only because of its extremely expensive price tag but because of its uncommon means of production. This particular type of coffee is produced from the coffee beans that have been consumed by a certain animal, which is the mongoose. Before it can be produced, the coffee beans would have to first pass through the digestive system of the animals. From there, production can begin. This extremely expensive coffee, which costs £120.00 per pound, has gained extreme popularity all over the world. As strange as you may find it to be, you will not find any other type of coffee as costly as the Luwak Coffee.

So, this does seem a little out of budget, how about the other 9 most expensive coffees in the world? 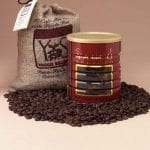 Cultivated in Puerto Rico’s Yauco Area, the Coffee Yauco Selecto AA is an exquisite coffee worth £18.00 a pound. Its mild flavour but delicious taste is something that coffee lovers from all over the world, particularly those who have the money, go crazy about. Its popularity has swelled as it can now be enjoyed by other people other than those who live in Puerto Rico. 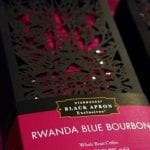 The Starbucks Rwanda Blue Bourbon is basically a type of coffee bean that can be found in Gatare and Karengara, Rwanda. Starbucks introduced this to the country when the company visited Rwanda’s coffee washing stations back in the year 2004. Nowadays, you will find coffee farmers growing the Blue Bourbon coffee plant as one of their main crop products. It is not as expensive as the other types of coffee included in this list, but it is definitely costly for its price of £18.00 a pound. 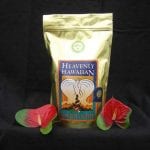 The Hawaiin Kona Cofee is the name for the commercial coffee being cultivated and grown on the Mauna Loa’s and Hualalai’s slopes, specifically located in the South and North Kona Districts of the island of Hawaii. Only coffee that has come from these districts can be referred to as ‘Kona’. The Hawaiian Kona Coffee is known for its comforting taste, which you can enjoy for £25.50 a pound. 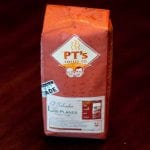 Los Planes is a type of coffee grown in Citala, El Salvador. In the 2006 Cup of Excellence, it received second place, with the first place being secured by the £38-worth El Injerto coffee. For £30.00 a pound, it is quite expensive, but it is still definitely something that can change your perception on how coffee should be made. 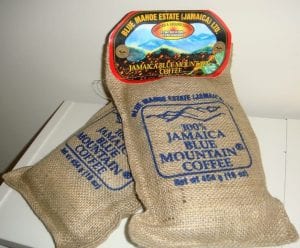 The Blue Mountain coffee, from the name itself, is grown in Jamaica’s Blue Mountains. The best produce of this particular type of coffee is known for its lack of bitterness and mild flavour. Over the last decades, the coffee was able to develop a reputation, which resulted in it becoming one of the most sought-after, albeit very expensive coffees in the world. More than 80 percent of this coffee is being exported to Japan. If you can spend £37/lb., make sure that you give the Blue Mountain a well-deserved try.

For a price of around £38.00 per pound, the Fazenda Santa Ines Coffee is definitely one of the costliest coffee products around the globe. It is a product of Brazil, particularly of Minas Geraiz, where it is grown, bred, and cultivated. Its production in the Fazenda Santa Ines farm is quite impressive, as the coffee is still grown in a traditional manner. No automated process whatsoever is involved. When asked to describe how it tastes, people will automatically say that it is reminiscent of the sweetness of berries and caramel. 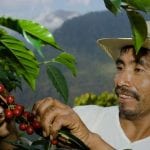 The El Injerto coffee originated from the Huehuetenango, Guatemala territory. In the year 2006, this coffee produced by the El Injerto was able to take home the Cup of Excellence grand prize. The El Injerto coffee, despite only getting the 4th spot on this list, still has quite a hefty price tag attached to it, as you can only purchase it for a minimum of £38.00/lb. 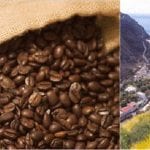 St. Helena Island, which is situated around 1,200 miles from the coast of Africa, is where you will find the St. Helena coffee being cultivated and bred. Its popularity is all thanks to Napoleon Bonaparte, who praised it and sowed seeds himself on the St. Helena Island. If you can afford to spend around £59.50 a pound for your cup of Joe, then by all means, go ahead and give the St. Helena Coffee a try. 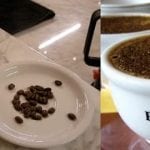 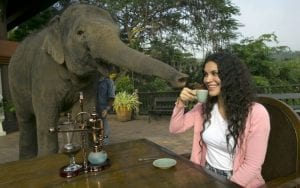 There is one more coffee we haven’t mentioned yet and that is Black Ivory Coffee. In Northern Thailand, Black Ivory Coffee Company Ltd. produces Black Ivory Coffee by feeding Arabica coffee cherries to elephants. As they are passed through the elephants’ digestive systems, they pick up more flavours while the proteins responsible for their bitterness are broken down, thus ensuring smoother cups of coffee than otherwise possible. A single pound of Black Ivory Coffee can cost somewhere around £380, which can be attributed to the fact that few coffee cherries survive the production process, whether because they are chewed-up, they are fragmented, or they are lost after they have been excreted.

So there you have it, the World’s most expensive coffees. Makes you wonder why some of us complain about ‘over-priced’ Costa or Café Nero coffee. Enjoy your Frappuccino, cappuccino, Americano or whatever your favourite morning ‘pick me up’ may be… guilt-free! 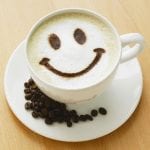