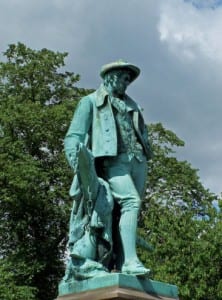 Christmas may now be a fading memory, but that doesn”t mean that the festivities need to end (nor indeed the indulgences). For Scots and lovers of poetry or parties, Burns Night holds a special place in the heart. With haggis, neeps and tatties on the table and plenty of whisky in the belly, it”s a time to celebrate one of Scotland”s favourite sons alongside friends and family.

So whether you”ve enjoyed many a toast to Rabbie Burns in the past or you”re preparing your first, here”s a quick guide to creating the perfect evening.

At the centre of any Burns Night is the meal. Traditionally, this consists of haggis, which is essentially a spiced sack of offal, tatties (potatoes) and neeps (swede – or turnip depending on interpretation); all of which combine to create a simple, yet delicious feast.

Now, how you choose to prepare and serve your Burns supper is entirely up to you. There are a whole host of ways in which you can cook everything; from the haggis to the tatties, you can have a lot of fun with various flavour combinations and new additions. While traditionalists may gasp in horror at the idea of a haggis stuffed chicken breast, wrapped in thin strips of bacon or ham, feel free to experiment – particularly if your attendees aren”t too enamoured by the conventional alternative. 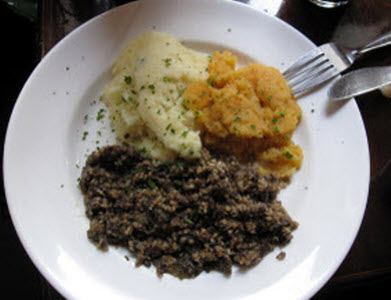 In days gone by, the haggis would be contained within the lining of a sheep”s stomach. This would hold it all together when boiled over a period of hours. For various reasons, this is rarely used now; however the basic ingredients remain much the same, with the sheep offal being combined with spices, oatmeal and seasoning. It would be fair to say that this isn”t to everybody”s taste, which is why some choose to use it as a smaller part of a more contemporary dish – such as that described previously.

Now there are a fair few traditions, superstitions and quirks associated with the feast of Robert Burns. One thing that every party needs though is an eloquent speaker to perform the Address to a Haggis. This original piece of Burns prose provides the perfect link between the history and modernity of the supper. It dates back to 1786 and has been uttered by Scots on January 25th ever since.

Indeed there is a whole for a full Burns celebration, although most smaller groups will tend to do a slightly abridged version. For instance, you may not fancy the full feast, with cock-a-leekie and clootie pudding, while a couple of the speeches may also be left out – such as the Selkirk Grace. Some pour whisky on the haggis, others think that is simply a waste of good scotch; the important thing is that it”s your event, so make it personal.

As you will no doubt have detected, whisky is the tipple of choice for many who attend a Burns supper. As the national drink of Scotland, it”s a fitting accompaniment to a patriotically-themed celebration. There are many variations of scotch, with each distillery creating a unique and distinctive taste. 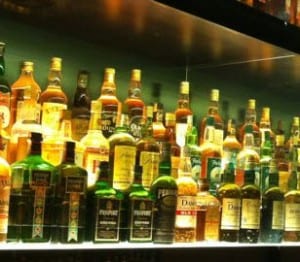 A great deal depends on where the whisky is produced; while lowland varieties tend to be smoother, alternatives from coastal areas of Islay and Speyside often have a peaty or smoky taste. Ardbeg or Laphroaig would be two good examples of strong, island whisky. They”re not for the faint of heart, but if you like a more mature taste, they”ll certainly help to wash down the haggis.

Without going into the particulars too much, the taste of a whisky is dependent on a number of factors. Firstly there is the barrel it is matured in. All scotches are produced in used wooden casks, often previously used to store port, sherry or bourbon. This helps to provide the colour, as well as developing the aroma. The surrounding environment also plays a huge part in this developmental process, with the barrels absorbing elements from the atmosphere around them. This is why island varieties have that distinctive, rich almost salty taste to them.

Of course, you don”t have to drink Whisky or even alcohol for that matter. A Burns Supper should be enjoyable for all, so find alternatives if your guests aren”t big fans of single malts. Maybe Irn-Bru for the kids or one of the many fantastic Scottish ales for adults who prefer a more sedate accompaniment to their meal.

We can”t all call on a piper or enjoy a full ceilidh dance, but there are plenty of ways to enjoy a little Scottish-themed entertainment. Now we don”t want to sink to basic stereotypes or clichés, so whether you”re choosing a few albums or setting up a quiz, choose something that you and your guests will enjoy. Remember, a Burns Supper is a celebration, not a day full of rigid traditions and pageantry. Get creative and try something new; maybe you want to try a few party games or sample a wide range of whiskies, it”s your night.

Remember, if things do get a little messy when you”re preparing your Burns Supper, you can always book in an oven valet with Ovenu to get things spruced up again. Whether caused by your neeps and tatties or a post-Christmas build-up, it”s always important to keep your kitchen nice and clean.