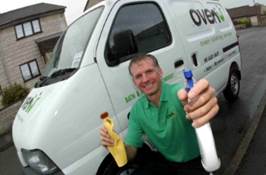 Our colleague in the Bath area has issued a warning to householders about the importance of maintaining seals on domestic ovens.

Damaged or ineffective oven seals can lead to a number of health and safety problems including adhesive flammability and, if seals are ‘patched up’ with adhesives containing superglue (cyanoacrylate), harmful cyanide poisons can be generated in gaseous form.

Ineffective oven seals can also lead to excessive heat loss from ovens, which can cause insulation and energy efficiency issues. In addition, if the seal is broken or stretched it could also burn the cupboards next to the oven.

Patrick Church, business owner of Ovenu Bath, said: “As they are exposed regularly to high temperatures, original door seals can become degraded or damaged over time, and so it is important that they are checked and renewed, if appropriate. It is important to note also that professional oven seals cannot be bought at the large DIY superstores and may be difficult to source at smaller more specialised hardware stores.

“As a professional oven valetor working on a daily basis with all kinds of ovens, I see oven seals that have been damaged and are potentially dangerous, as a result. As part of the valeting process, these door seals are checked for clients or, should replacements be required, we can point them in the right direction to buy them.”

He added: “I would urge householders to be very careful using random adhesives to stick existing seals – they may not be very effective. Householders need to consider the risk of adhesive flammability and, more importantly, with super glue (cyanoacrylate) adhesives – these can be dangerous. Cyanide poisons could be generated in gaseous form if using ‘superglue’ in an application where extreme heat is generated; a situation which can also potentially cause an extreme risk to health.

“The ‘original’ and proper replacement seals are high temperature, flame retardant and non-toxic. These seals are relatively expensive because they are specially reinforced thermal rubbers designed to safely accept the very high temperatures involved in oven door sealing and continuous usage when an oven door is opened and closed.”